Results Show Overwhelmingly: MMA Is No Great Or Welcome Savior For The Martial Arts Industry 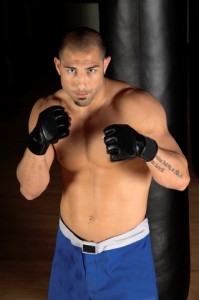 Is MMA helping or hurting the industry? Here's what our readers and subscribers had to say...

As you know, last week I posted a survey here and on my Facebook page asking martial arts instructors this simple question:

“Are the UFC and MMA helping or hurting the martial arts industry?”

The response and support for the survey was phenomenal (considering the relatively small number of professional martial arts instructors and school owners in our industry).

Of course, there’s no way to determine if the answers were posted by actual instructors or wanna-bes; however, the survey was only announced to my own email list of instructors and school owners, so we can assume the results are relatively limited to that demographic.

However, it bears mentioning that the majority of comments on the blog were negative with regards to any benefit that the UFC and MMA may have had thus far on the health of the martial arts industry. In fact, I’ve never seen such an interest or such extensive participation for any topic I’ve posted on this blog. So, I encourage you to read through them, and post your own comments as well…

The following are the actual results from the survey questions. Before I go on with this, let me say again that I am split with regards to my opinion on the relative benefits and disadvantages that the MMA boom has brought with it.

However, I hope these results will spark some debate and discussion among certain influential entities and individuals regarding the impact that MMA has had on the industry… and perhaps encourage them to clean up MMA’s image in the process.

So, without further ado – here are the results from the survey.

Question #1: “Are The UFC And MMA Helping Or Hurting The Martial Arts Industry?”

Although it was close in the end, most survey participants seem to believe that MMA has hurt the martial arts industry.

Out of approximately 200 complete responses, 55.5 percent felt that the UFC and MMA have hurt the martial arts industry (620 people started the survey, but most abandoned the survey before completing it, so their results were thrown out).

I don’t find this surprising at all; every single week I hear from martial arts instructors and school owners who feel they have been left out in the cold by the big players in the industry who have jumped on the MMA bandwagon.

And I don’t blame them. However, martial arts instructors need to realize once and for all that the big interests in this industry don’t really think much about the little guy before they make decisions. All they really care about is how they can make more money.

And, can you blame them? They’re capitalists, just like you and me. Sure, they may be out of touch with their core customer base, but they know a good opportunity when they see it. The public is infatuated with MMA right now, so that’s where the big interests are focused. In a few years, I’m sure it’ll be something else.

Question #2: “If you think the UFC and MMA are HELPING the martial arts industry, for what reasons do you believe this to be true?”

Of these responses, the most interesting are the relatively low number of respondents who say their business has increased since the UFC and MMA became popular.

There were some really interesting responses here. The most predictable is the fact that half the responses were in the negative… no surprises, here.

Next we find the nearly equal percentage of positive responses with regards to increased public interest and bringing realism back into the martial arts (personally, I think doing back flips and split kicks is cool, but it has nothing to do with fighting applications, so I’m right there with those folks).

But then we get down to the last response. Now wait a minute here… what the heck is this? Only 14% of respondents said they had experienced an increase in business since the UFC became popular? Really?

Hmmm… so that begs the question: What ever happened to MMA being the great savior of the martial arts industry?

Apparently, we’ve been listening to a bunch of hype all this time, because according to these results, instructors and school owners just aren’t seeing it.

And if you’re going to say it’s because the only ones seeing an increase are mixed martial arts instructors, you’d be wrong. In a minute we’ll get to the breakdown of what type of martial artists responded, and you’ll see that’s just not the case.

Question #3: If you think the UFC and MMA are HURTING the industry, for what reasons do you believe this to be true?

Most respondents are concerned that the martial arts industry is moving away from positive values.

Once again, the responses are surprising. Rather than seeing a large majority of respondents say that MMA has hurt their business (what we’d expect considering all the trash-talking we’ve heard about how traditional martial arts is dead) instead we see that most respondents are more concerned with the industry losing it’s moral compass.

However, we also can construe that at least there is the perception among martial arts instructors that the public interest in traditional program has declined. I disagree with this perception entirely. Instead, what I believe has happened is that a formerly difficult to reach demographic has been cracked open by MMA’s popularity; namely, the 16 – 24 year old male demographic.

Does that help traditional schools? Not much, unless they integrate Brazilian jiu jitsu programs into their class offerings (BJJ being the most tradition-friendly MMA-type class one could integrate). However, apparently it hasn’t hurt schools much, either, as only 10% of respondents claim to have experienced a decrease in business since MMA came to popularity.

Question #4: “Do you consider yourself to be…”

Most of the survey participants identify themselves as being somewhere in between mixed martial artists and traditionalists.

I think this one speaks for itself. You see that the majority of martial artists identify themselves as neither traditionalists nor mixed martial artists, but somewhere in between.

So, there can be little arguing that the results of this survey were stilted in favor of either MMA or TMA due to the majority of the respondents belonging to neither side.

Further, I think this speaks to the validity of the data. Why? Well, despite only 8.4% of respondents identifying themselves as mixed martial artists, there was a surprisingly strong showing for MMA. So, you can’t really blame the results on a lack of participation from MMA instructors.

What’s The Significance Of This?

So, what’s the takeaway from all this?

And realistically speaking, the only way that is going to happen is if like-minded instructors band together to do just that.

More on that topic tomorrow…