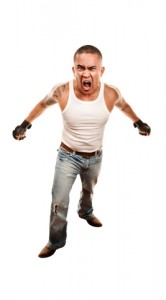 “What do you mean you want to cancel your membership?!?!?”

I am simply amazed that certain less-than-ethical practices still persist in the martial arts industry… especially in light of the fact that now, more than ever, we exist in “the age of the consumer.”

What do I mean by this?

Well, observe the very website you are reading this article on… you’re reading a blog, also known as a “web-log.”

Blogs were one of the first “web 2.0” applications that allowed the general public to quickly and easily share information on a mass-scale. Other web 2.0 applications include:

Every single one of the above allows the consumer a near-instant and virtually unlimited ability to influence the public for or against your business.

Think about it; everyone knows how important it is for local marketing purposes to have your business listed in Google Maps and Yahoo Local. But have you given serious thought to the review function of these sites?

Anyone can login to their Yahoo or Google account and post a review of your business – one that will remain online for an indefinite period of time, and that you have almost zero chance of getting rid of once it is published online.

Moreover, those reviews often get copied and aggregated by other “knock-off” sites… meaning the negative review may very well show up all over the internet.

And with the advent of Facebook and Twitter, with a few keystrokes a single consumer can almost instantly spread their discontent about a business to thousands of other consumers. It also deserves mentioning that Twitter and Facebook content is increasingly being used by Google to serve up information in their search results pages.

With nearly 100% of consumers searching online when shopping locally, it’s no small leap of logic to assume that too many negative reviews and opinions posted online about a martial arts school can have a very negative effect on business.

The Positive Side Of Consumer Influence

Of course, this can be a very positive thing… if you’re an ethical business owner who treats your customers the way you’d want to be treated were you in their place.

However, as my blog readers and newsletter subscribers are all too aware – unethical and “grey area” business practices seem to be the accepted norm in many martial arts schools in America.

However, I don’t totally hold the individual school owner to blame for the vast proliferation of shady business policies in martial arts schools. That’s because you’ve been fed a lot of really bad ideas about how to run a business over the last two decades – ideas that originated with the martial arts billing companies.

You see, these companies have a vested interest in seeing to it that their clients (martial art schools) stuck it to their students, since they are paid a flat percentage of the gross income they collect.

So, it works to their advantage to influence school owners by telling them that they should:

The fact remains, however, that the above policies represent a really crummy way to treat your customers. Maybe shady martial arts schools could get away with this stuff in the past, but those days are numbered (well, at least we can hope… but you know how cockroaches always seem to keep coming back).

The Potential For Abuse Of Social Media

Yes, there also remains the possibility of abuse of this new technology. In the past, we (the honest school owners) had to put up with petty little underhanded business tactics being used against us by our less-than-ethical competitors.

This may have amounted to little more than having our brochures or lead boxes stolen (this actually has happened to me on numerous occasions), or having competitors openly trying to “steal” your students and prospects through promises of rapid rank advancement or by other means  (again, I’ve had to put up with these tactics as well).

But in this day and age we have to be aware that our competitors can easily create false profiles on social networking sites and other web 2.0 properties, and create fraudulent negative reviews of our schools. You may think this couldn’t happen to you, but believe me, it’s already happening right now.

(A little side note… when I released Small Dojo Big Profits years ago, I almost immediately faced a slanderous smear campaign that was run against my book on the martial arts internet forums – the social networking sites of the day. My guess is that certain interests in the industry didn’t like what I had to say about the state of the industry, so they put their cronies up to it. Well, more than a decade later, I’m still here, and now there’s no way any one single entity can control the information that is disseminated in our industry…)

So, What Steps Should An Honest School Owner Take?

Here’s my advice to ALL school owners regarding the effects of social media on our industry:

In the long run, I think social media will be instrumental in forcing businesses to adopt business practices that level the playing field for consumers… and the martial arts industry is no exception.

However, the bottom line is that you need to treat your customers right. It’s always a better policy to treat people fairly and deal with them in an honest fashion.

And, by doing so you may very well be cementing a positive public opinion regarding your school that will reap positive benefits for your business for years to come.