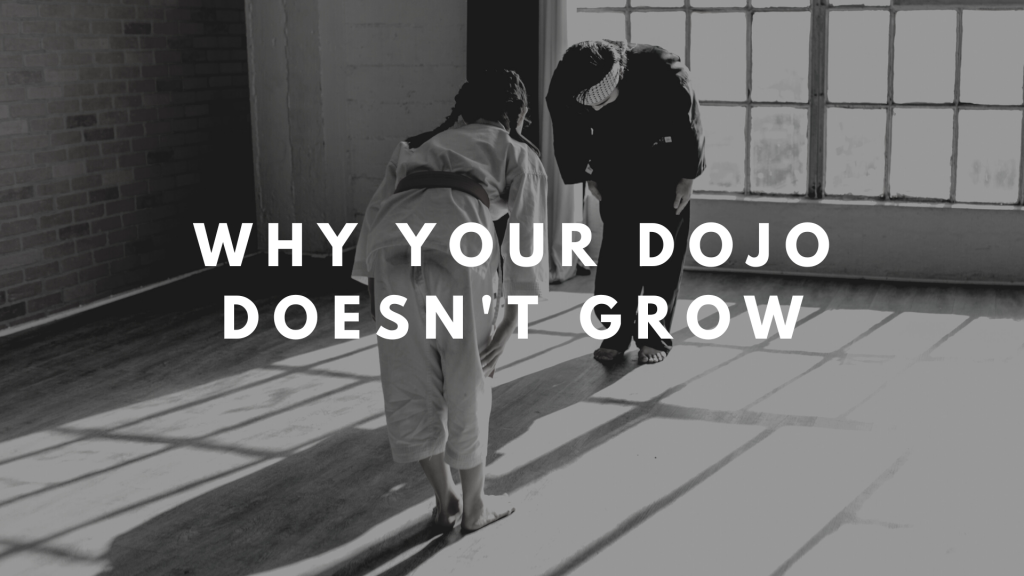 And The Answer Is, ‘Systems’ – Or A Lack Thereof

There are a lot of reasons why martial art school owners hit plateaus in the growth of their schools. But no matter the specific reason, their lack of growth can almost always be chalked up to internal, and not external factors.

In other words, it’s almost never “the economy”, “the area”, “the location”, or “the clientele” that’s to blame when a martial art school owner hits a brick wall in increasing their student enrollment numbers.

Nope. Instead, it’s typically something that’s going on within the school – some critical area of business performance that is being overlooked, neglected, or that is completely absent – that’s to blame.

And, this all goes directly back to lacking an overarching, integrated, complete business system to follow in every step of growing your martial art school.

However, to stay in business past the first two years… well, that’s another matter. And despite how few schools truly thrive financially, I often hear people saying things like, “running a martial art school isn’t brain surgery” or “it’s not rocket science.

True, martial arts business management is not something that takes a tremendous amount of intelligence to grasp. However, just like assembling your office furniture or your kid’s toys on Christmas eve, you do need to read and follow the instructions.

Most school owners understand this, but this is exactly where the problem starts for the majority of school owners.

Imagine you’re assembling a new desk for your office. And, instead of reading the specific step-by-step instructions for that particular piece of furniture, you took the instructions from several different pieces of furniture and started following steps from different sheets at random.

I’m sure you can see where this is going – you’d soon have a confused mess on your hands.

Without following the instructions that were created to build that particular piece of furniture, you’ll soon be lost. And, by following steps randomly or out of sequence, you’ll likely have to go back, disassemble your work, and start all over again at some point in the process.

A Simple, Basics-First Approach To Starting And Running A Martial Art School

I wrote Small Dojo Big Profits after ten years of figuring out exactly how to start, run, and grow a martial art school from scratch. At the time I wrote it, I’d been running a successful school for eight years.

It took me the first two years to figure things out, and eight more to perfect my system. The first two years represented my trial and error process of learning how to launch a school from scratch, with no financing, credit, or start-up capital to speak of.

I then spent the next eight years developing a simple yet highly effective system for growing and operating a martial art school on a day-to-day basis.

The funny thing is, I had a very good system in place by roughly my fourth year in business. However, I tried and tested other methods along the way (often with disastrous results). In the end, I went back to the system I started with, and was much happier (and more profitable) for doing so.

The end result was that I had built a very stable, low-overhead, high-profit school – one that I could operate while only working an average of 25 hours a week.

And, that’s the system that is distilled and mapped out for you in Small Dojo Big Profits… the “step-by-step instruction manual” for starting and running a small (150 – 250 student) highly profitable martial art school.

It’s custom fit for the instructor who wants to have a thriving business and a life outside their business as well.

Interested? Check out this site to find out more, and order the book or purchase the course if you’re serious about owning a successful dojo: