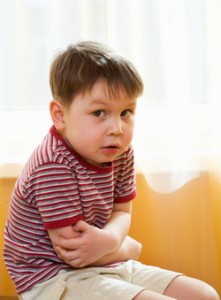 You can probably guess what is coming next… is there a mop in the house?

Martial art school management and ownership isn’t always the dream job many people think it is. Sometimes, you show up for work and wish you hadn’t… as the following story so eloquently illustrates.

So, Let Me Tell You About How My Last Mother’s Day Went…

One night last May I was finishing my 6-12 year old beginner’s class, and giving my annual “mat chat” on Mother’s Day. As I was about to explain to the kids how they needed to be extra nice to mom this weekend, it happened.

One of the six year olds in the front row hurled about two pints of undigested pizza and Sprite, all over the mats.

He must have really gorged, too. I pointed to the bathroom, and he bolted, while kids scattered everywhere. The aftermath was horrendous, as he tried to hit the waste can and instead hit everything but.

Here’s The Lesson Hidden In This Illustration of GROSS Anatomy…

By the way, did you know I was a janitor at my own school?

No one else seemed to have the stomach to clean up the mess, so good old Mr. Massie got stuck with the job.

(Side note: The funniest thing about this story – although I wasn’t laughing at the time – was the look on the dad’s face when I showed him the bathroom… and a mop and bucket. Poor guy. He only lasted about 5 minutes…)

Now, I know this is gross, but I had to share it with you to make a point. When you go into business for yourself, YOU are responsible for EVERYTHING. You need to be prepared to do every single job in the school, by yourself if need be, no matter what it takes. That’s the price of financial independence and success.

The Only Indispensable Employee You Should Have… Is You

Of course, after you’re rolling along and have systems implemented you’ll want to duplicate yourself in your staff and students (leadership team, or whatever you want to call it).

Until you have done everything yourself, you won’t be safe from losing a key employee and being in a bind, like one of my good friends who lost his Chief Instructor a few years back. He had the guy teaching all his classes and doing everything, and the guy’s wife was his enrollment director to boot.

They decided to bail and tried to take half his students with them. They failed, but overnight my buddy lost half his staff and all his key personnel. It could have ruined him.

Learn to do everything yourself… then duplicate yourself over and over so you have redundancy in your personnel. NO ONE in your school should EVER be irreplaceable, except you.

P.S. – Want to know how to make a great living running a martial art school with low overhead, high profit-margins, and working less hours than you did working for someone else? Check out http://small-dojo-big-profits.com and http://mabizu.com to discover the system I developed over 20 years of running profitable schools.