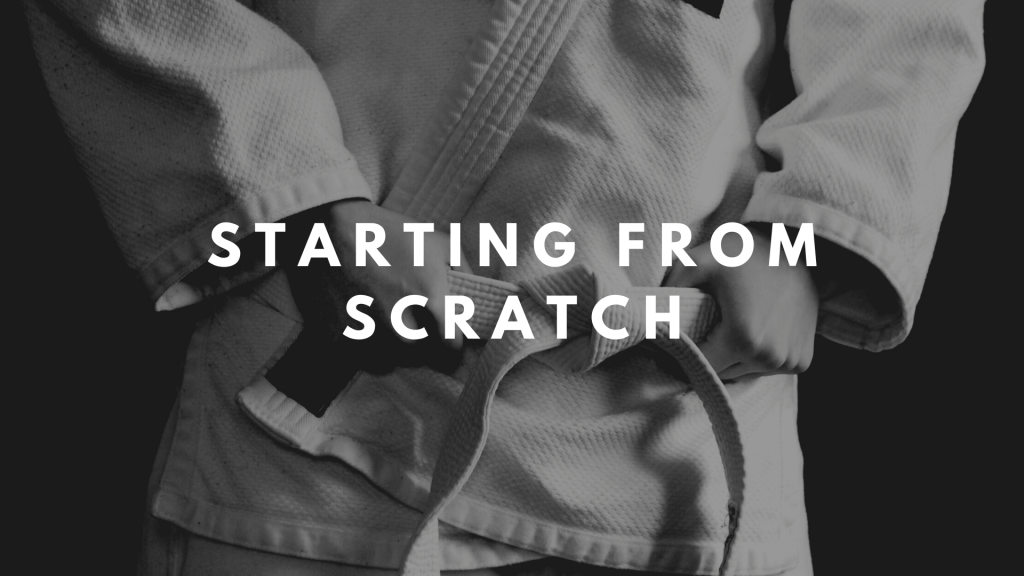 Q: Starting a martial art school from scratch when you’re flat broke is tough, but not impossible. I know because I did it facing incredible odds.

Still, I know how easy it is to become discouraged when facing such a difficult proposition. If you’re in this boat, you’re not alone. Some time ago, “FC” posted the following on the forum in my coaching website:

“Lately I’ve been getting really discouraged and it’s taken a toll on my motivation. Today I sat down and wrote out why I felt I was struggling, instead of just ignoring it and fighting against the current. There were two major points of frustration for me–places where I feel very unsure of where to go and so I remain stuck–and I’m hoping that I can get some feedback as to how others might handle them.

The first point is that everything seems so daunting. I read about things like Mike’s ’10-12 Rule’ of always having 10-12 marketing methods running at all times and about putting in 40-60 hours per week into starting up. It’s not that I’m not dedicated. It has more to do with that I have a full-time job that doesn’t pay a whole lot. So another 40-60 hours per week is tough to find, and when I do have time I’m not sure how to spend it because I don’t have much money. Instead, I find myself stressed because I don’t feel I can keep up.

Your main concern is money – you need more of it, right?

– First, I simplified. I cut out everything in my life that was extraneous. Social life, dating, eating out, entertainment, etc. I moved into a very small, spare garage apartment, and lived extremely frugally. This served two purposes – 1) it allowed me to pay my bills and have enough extra money from working four days a week to have some left over for a few ads and fliers each month, and 2) it kept my focus completely on my business.

– Second, regarding my jobs at the time… I purposely gravitated toward jobs that didn’t interfere with my business. I found that working as a supervisor for a security company nights and weekends (11 PM – 7 AM… yes, it sucked but it didn’t interfere with my teaching schedule) and in later in health care served my purposes (I took a job as a private care assistant, which paid as well as any other job and allowed me to work 6 AM to 4 PM four days a week, then rush off to teach classes after). You may find it tougher to do this now, since the job market sucks… but I really hustled to get those jobs, and kept my eyes open for positions I might apply for that better suited my teaching schedule. I had once canceled my classes in another town in order to take a well-paying job, and regretted that decision. So, I resolved to only take jobs that worked around my class schedule… even if it meant working two part-time jobs at times.

– Third, I prioritized, which is reflected in what I’ve already written. I put my business and goal of owning a school first before anything else. Granted, this later caused some balance issues in my life but initially it served the purpose of keeping me on track to reaching my goals.

– Finally, I made time to work on my business every day. If I went in to work late, I took time beforehand to make fliers and distribute them (I didn’t even own a computer, so I had to go to Kinko’s and rent their computers, learning on the fly). Or, I spent time working on my curriculum and planning classes. Or, I called up my students to check on them, especially making sure I called my leads first, then my MIAs and no-shows. Or, I spent time looking for new places to teach in alternate locations so I could get more students and make more money (incidentally, by the time I really got my school up and running, I was teaching in my own school, at the rec center, for the local university, at a local daycare, and for the after-school enrichment program in the local ISD – in short, I was hustling 24/7).

Yes, it’s easy to get overwhelmed… but remember, I didn’t do this all at once. I ate the elephant one bite at a time.

And good Lord, if I’d have had the internet and social media back then… well, let’s just say I would have gone from zero to one-hundred-fifty in less than a year instead of in three years (after a year of stops and starts, it took me less than a year to get my school open once I got serious, and that was all from getting focused and hustling).

You’re roughly the same age I was when I did this. I was a high school drop out, I had no local contacts, moved to Austin with $50 and dream (literally, I had $50 in my pocket and the name of a friend of a friend when I came to town), I had no money, no credit, and no one to turn to for help with any real substantial financing. Trust me, if I could do it you can as well.

I find that feeling a sense of helplessness comes from having no direction, no plan, and therefore from feeling like you aren’t working toward your goal. Simply having written goals and a written plan with daily, weekly, and monthly action steps and benchmarks and taking small daily actions toward your goal will improve your mental and emotional state immensely. It’s hard to be discouraged when you’re so focused on your goal that you don’t even notice setbacks and sidetracks.

So, get focused and make small, daily, incremental steps toward achieving your goal of owning a school. Small steps add up over time. That’s my advice. And, if you want to know how I did this, step-by-step, then read Small Dojo Big Profits, or become a member at MAbizU.com.

I’d say good luck, but luck has nothing to do with it… :)

Do any of you experienced school owners out there have any additional advice for FC? If so, post your comments below!