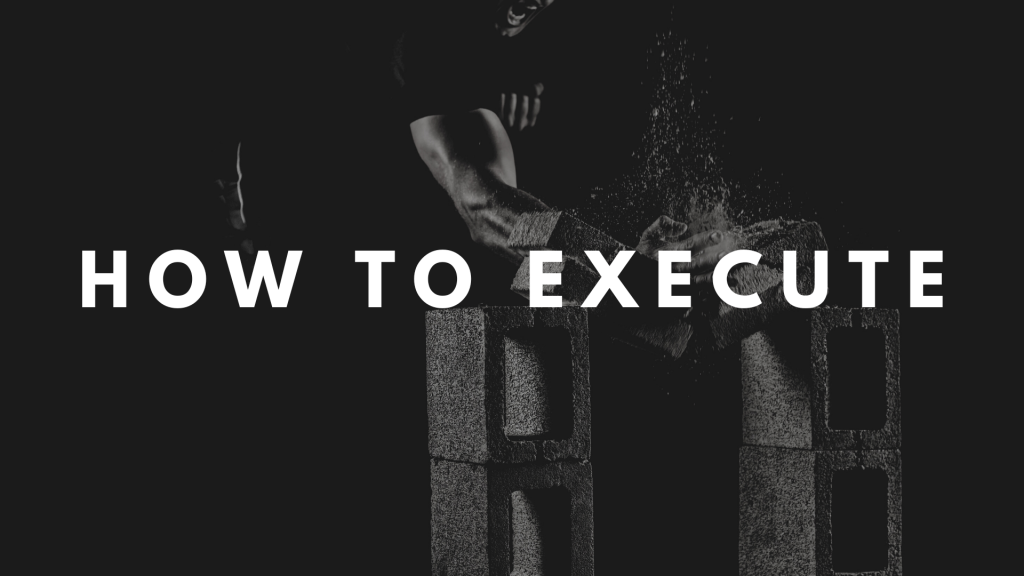 Quitting or Execution: The Difference Between Successful Martial Arts Studio Owners and Those Who Fail

How many times have I heard that from martial art school owners? Let me just say, I’m not busting anyone’s chops in particular.

But, I hear this from school owners so often, I feel I need to make an important point about giving up easy in business.

Let’s think back to the first time you learned how to do a certain combination in sparring… maybe a set-up for a strike or submission. You learned it in class, drilled it, memorized the movements, and then you tried it out in sparring for the first time. How did it go?

That’s right, it failed… or, rather, YOU failed to execute it effectively. Let’s be honest – you’d seen your instructor and the senior students in the school pull it off a million times. Yet, it didn’t work for you the first time out.

So what did you do? Of course, you kept at it.

Then one day, BINGO! It clicked and you were able to pull it off. You scored, it felt good, and so you kept trying it. Maybe you didn’t score every time, but pretty soon you were succeeding more than failing, and you may have even developed a strategy around that technique… heck, it may even be one of your “go-to” techniques now.

So, knowing what you know now, how silly would it have been for you to have tried that move or technique once, and then said, “Well, it didn’t work for me, so I quit doing it.”

Yet, those are the exact words I hear from instructors, all the darned time. Typically, it’s with regards to some marketing method or another, but it could also be in relation to any number of common practices that successful schools use.

And the fact is, you’d never let a student give up like that. Ever.

So, why do we do it? And I do say “we” purposely, because I did the same thing many times when I was starting out, and to this day I still have to resist the initial urge to give up when I fail at something new.

I’ll tell you why – because, when you become an instructor, you get used to being “right” all the time. And, when you do something “wrong”, it busts your ego up something terrible.

Now, if you’re reading this and going, “Cripes, Mike is right. But how do I keep trying something when it’s not working?” The answer is so obvious, it’s painful. You don’t.

Because, if you do something that works for someone else and it doesn’t work for you, that means you did it wrong. So, instead of taking an ineffective action over and over again, you need to observe how the people who are getting results do that thing. Compare their methods with yours, eliminate the differences in execution, and then try again.

That’s what you did when you first learned martial arts… you watched the best people in your school, and copied them, repetition after repetition. Over time, you got good, maybe even better than the people you modeled your own practice after.

And that’s how you’re going to succeed in running your school as well.

Is it difficult? Obviously, but let me tell you – it’s a lot easier than figuring things out through sheer independent trial and error.

That’s the path to success. Click here if you want guidance in how to do exactly that.