Fact: Most People Do Not Want To Learn Martial Arts! 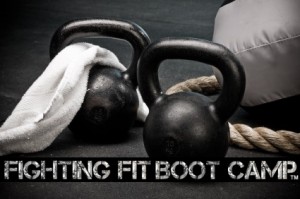 Fitness has everything to do with your martial arts training... and your school's success.

I coach a lot of martial arts instructors on how to start and grow a successful school; some directly and many more via my websites and written resources.

And, I’ve found that one of the most difficult concepts to impart to many instructors is the fact that most people don’t want to learn martial arts.

This is, quite simply, a fact. Think about it – how many people (outside of where you train) do you know in your community that train in martial arts? Do you think it’s because they don’t know about it? Sorry to burst your bubble, but people who don’t train in martial arts choose not to because of disinterest, not ignorance.

Even so, people are often disinterested because they simply don’t know enough about the martial arts, or they are misinformed about what practice entails. And, many times once people try it they discover how much fun it is and stick with it. But the ages-old challenge of martial arts instructors is finding ways to get the disinterested to take a first look at their programs.

The Business Benefits Are Undeniable… So Why The Resistance?

I realized early on that teaching fitness classes was a great way to get the disinterested into my school. While only a very small percentage of the public are interested in martial arts, almost everyone wants to be in shape. By offering fitness classes, I was able to both increase my income and expose the general public to the martial arts, thus attracting a clientele I would never have had access to otherwise.

It’s a proven business tactic, and I’ve used it for years as an integral success component in my own schools. Yet, when I introduce instructors to this approach, they often are resistant (sometimes to the point of criticism) to the idea of teaching fitness programs.

“But I don’t want to run a fitness club; I just want to teach martial arts,” is a response I often get when I present this business tactic to martial arts instructors. And while I understand where these instructors are coming from, I also think that they are using flawed logic to justify not wanting to get out of their comfort zone – even to the point of being hypocritical and cheating their own students out of valuable training.

Let me repeat what I said earlier in case you missed it the first time:

Fitness And Martial Arts In The Modern Era

You bet your black belt it is, and martial arts history will back that up. Of course we all know what a fanatic about fitness that Bruce Lee was. In fact, he set an example that would be followed and expanded upon by modern mixed martial artists, by emphasizing the need for physical attributes; or what he called “basic requirements.”

Virtually everyone who is a fan or practitioner of mixed martial arts or other contact fighting pursuits understands that physical conditioning is prerequisite to success in the ring or cage. Everyone from jiu jitsu competitors, to mixed martial arts fighters, to boxers, to wrestlers, to judoka, to full-contact karate fighters understands that fitness precedes victory in the ring. No lungs and legs, no fighter; every modern fight trainer and coach understands this.

Yet, the influence of fitness training on martial arts goes back much, much further than that. Most recently in history, we can examine the karate practitioners of Okinawa for examples of martial artists using physical conditioning methods to enhance their martial arts skill. Practitioners of traditional Okinawan karate use various weighted strength and conditioning devices, including lifting jars of sand and stone, lifting and swinging weighted devices similar to Indian club bells, and lifting stone weights reminiscent of kettle bells.

And, should we look further to the Shaolin temple, we find similar fitness conditioning training being an integral component of the martial arts regime. With the revival of the modern temple, film documentarians have recorded modern examples of the rigorous physical training of the monks firsthand.

Not to mention that the first monks were supposedly introduced to martial arts practice via exercises designed to improve their stamina and physical fitness. Although a hotly contested (and some would say disproved) legend, the influence of fitness training on the early development of martial arts is a central concept to the history of many martial arts traditions.

A Moral Imperative To Include Fitness Training In Your School?

Knowing all this, how can we then exclude fitness training and instruction from our overall syllabus of martial arts instruction, simply because it is not “martial”? The answer is, we cannot – and should not, for that matter, especially in a modern era where people live mostly sedentary and soft lives. Let’s face it, the average martial arts student that walks in your front door is out of shape (and many times even to the point of being unhealthy).

Certainly, over time this problem will “self-correct” if the student simply sticks with it. But if the student is continually frustrated in training, will they? Chances are good they won’t, which contributes to the exceedingly high dropout rates among adult students in the martial arts.

I figured this out years ago, and started encouraging my adult students to attend my fitness classes as an adjunct to their training. In every single instance when the student attended fitness training in addition to their martial arts classes, their rate of learning and their skill performance skyrocketed within just a few weeks.

In particular, I can recall a recent instance where a student that was considered “wimpy” by the other students soon became a terror on the floor (other students started to jokingly complain about partnering with this student; “she hits too hard” was a frequent comment).

Would You Cheat Your Students… Those Both Current and Prospective?

When I first began my martial arts journey, all I wanted to learn was fighting skill. But, I soon discovered that my nerdy 12-year-old physique was not quite up to the task of performing many of the skills I was learning. Many of them required a flexibility, agility, and strength that I had not yet acquired.

So, I began to do workouts at the end of my martial arts practice, and the improvements I soon made in class helped me stick with martial arts training. In short, fitness training kept me in the martial arts.

Every one of your students can greatly benefit from taking fitness training; I think you’ll agree with me on that. But here’s the flip side of it… often, students who are taking fitness classes with me start off having no interest whatsoever in martial arts. Yet, a good number of them (some, not all) end up doing martial arts after all.

I can only attribute this to their developing a certain amount of trust with me as their fitness instructor, which eventually translates into an increased comfort level and curiosity with the martial arts I teach. And, I often think about how many students I would have missed out on teaching, had I not offered some sort of fitness program in my school.

And what’s more… I actually get paid to do something I should be doing anyway, which is doing conditioning drills and training to stay in shape.

So, let me ask you this question: “Would you cheat your students, your school, and yourself of all these benefits, just because you think teaching fitness isn’t ‘martial’?”

Only you can answer that question.

If you’re curious about how to start a fitness program in your martial art school – one that will greatly improve your students’ abilities, and add to your bottom line – click this link: