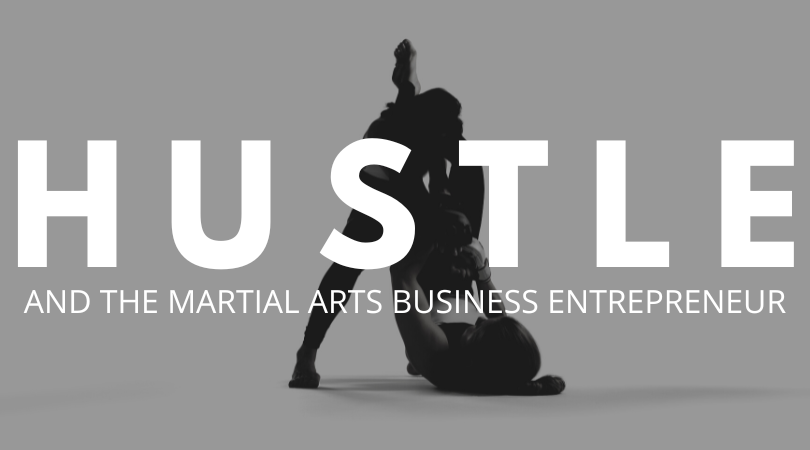 Some have it, some don’t.

But just what is “hustle”?

After being self-employed most of my adult life, I’ve come to define hustle as that quality that separates the men and women from the boys and girls in business.

It’s the quality that makes a person get up earlier than their competition each day and go to bed later each night.

It’s what makes them work harder than everyone else, without complaint or even hesitation. It’s that drive that makes a person obsessed with things like marketing and profit margins.

It’s something within a person that makes them a natural entrepreneur, an indefinable edge that causes them to do the thing that others will not do… and do it with a smile on their face.

It’s what turns “work” into play, every single day.

The fact is, some folks just don’t have hustle. They’re the ones that choose recreation over working weekends, who can’t deal with deferred gratification, who complain because they have to go to a day job and then go teach classes until eight or nine pm.

I have zero sympathy for people who don’t have hustle, because having it is a choice from day one of becoming a business owner. You have to decide deep down that you’re in it to win it, and make a DNA-deep commitment that you’ll do whatever it takes to be holding the prize at the end of the day.

And, I have even less sympathy for martial art school owners who lack hustle.

Because martial arts at the deepest level is about applying lessons on the mat to lessons in life.

Every good black belt should understand that and it should evidence itself in their daily life. It takes hustle to become a black belt, and if you can’t apply that lesson to your business, maybe you shouldn’t even be in business in the first place.

There’s no shame in it, just go back to teaching part-time at the rec center or helping out at your instructor’s school. Some folks just aren’t cut out to be in business.

I know, it sounds harsh, but then again reality is harsh.  And the truth is, business is a lot like combat in the sense that it’s deadly serious, the stakes are extremely high, and laziness is a luxury you simply cannot afford.

Call it hustle, discipline, or drive, but one thing’s for sure.

You must have it to succeed in your martial arts business.

Do you have it? Only you can know for sure. But if you don’t, don’t make a big deal out of it. Just do the thing that others won’t, every single day.

Before long, hustle will become a habit, and that habit will lead you to martial arts business success.

Posted in Management, Start Up