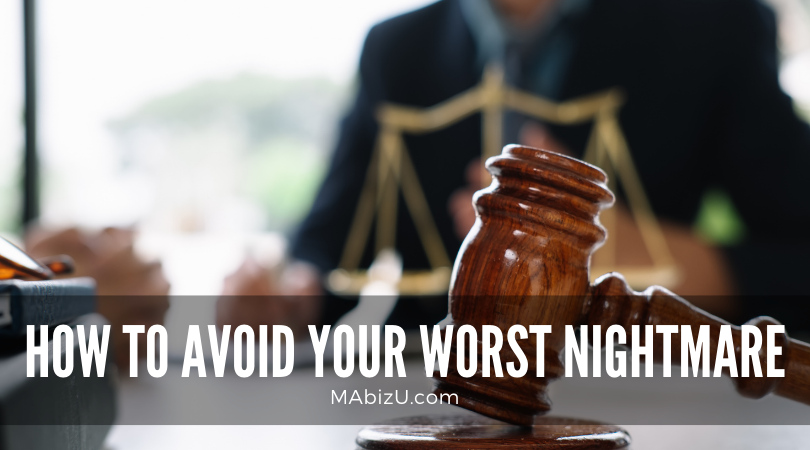 Update: This post was written several years ago, but it’s no less pertinent today. Read it and find out how to both protect your students and avoid your worst nightmare as an instructor. ~MM

It’s been a little over a week since one of the most well-known martial art school owners in the industry committed suicide in the midst of an apparent investigation into accusations of inappropriate sexual conduct with students. In cases like these, I tend to withhold judgement until there’s been an investigation and conviction.

But, that’s something that will never happen since the investigations have been closed.

In this particular instance, I have an opinion, but lacking an investigation and conviction it is only that. Accordingly, I’ll be keeping my opinions on the matter to myself.

So, rather than debase myself by gossiping about an issue that is for all intents and purposes a moot discussion at this juncture, I will instead use this as an opportunity to discuss something worthwhile. And that topic is, how to prevent your worst nightmare as a school owner.

Your Worst Nightmare: Being Falsely Accused of Sexually Inappropriate Conduct

Let’s face it, deep down you are really, really afraid of being falsely accused of sexually assaulting a student. Yes, the chances of it happening are slight, but then again so is being struck by lightning. I for one am not in the habit of going golfing during thunderstorms in order to tempt fate, nor am I going to place myself in a situation where I may be falsely accused of inappropriate behavior with a student. The consequences are simply too dire to be lax on this issue.

So then, why is it that so many martial arts instructors seem to ignore the risk of being accused of inappropriate conduct when working with students? For one, it’s because it’s such a nightmarish thing to think about that no school owner wants to consider the possibility. Second, we all want to assume that all our clients love and adore us, and that they would never want to hurt us with false and unfounded accusations.

Predators Exist, Which is Why We Have to Change Our Behaviors

Well, guess what? Not everyone is nice, normal, and mentally stable. We should already know this is true simply by virtue of the fact that there are people out there who prey on innocent children. I’ve been teaching child safety classes and sexual assault prevention classes for over 20 years, and have studied the behavior of sexual predators during that time. The depravity of the criminal mind never ceases to shock or surprise. Evil exists; accept it and you’ll be better off because forewarned is forearmed.

And because this sort of subhuman lurks among us, suspicion for this sort of behavior among martial arts instructors and other people who work with children and teens remains understandably high. I’m actually glad people are suspicious; in fact, I wish more parents were a little less trusting and a little more curious about the people they allow to supervise their children. If they were, we’d see a lot less of these horrible crimes being committed.

So, in the face of all this horror we must assume that in working with children (or the opposite sex) the very real possibility exists that someone may falsely accuse us of misconduct. And, we need to be aware of what measures we can take to prevent it from happening.

Incidentally, taking these measures also helps ensure that no one associated with your studio will have the opportunity to abuse a child. This is crucial, because really that’s what we want to prevent in the first place. Sure, being falsely accused of misconduct can wreck your business and ruin your life; however, heaven forbid that someone harms a child on your watch. You’d never forgive yourself, and that child’s life would never be the same.

An Ounce of Prevention…

With that in mind, here are a few simple tips you should implement in your studio to prevent any accusations of or opportunity for sexual misconduct with a student.