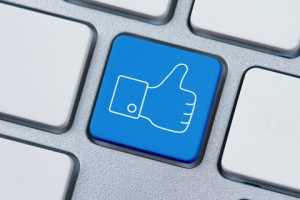 This is a fact of life that successful martial arts school owners learn to accept early on, with the most successful making it their mission to learn, develop, and implement lead generation strategies that work.

Not surprisingly, the internet now plays a significant and central role in the lead generation activities of most modern martial arts studios. And, as many of you have discovered, social media marketing is now a key component of online lead generation.

The Rapid Rise of Social Media

Believe it or not, the practice of online social interaction actually began back in the late 1980s and into the 1990s with services such as Compuserve and AOL. However, it wasn’t until MySpace hit the scene in 2003, and later Facebook in 2006-2007, that social networking sites became common online hangouts.

Today, roughly ten years after the launch of MySpace, 50%+ adults in the U.S. and Great Britain report that they use social networking sites, with that number growing rapidly following the rise of mobile technology. Last year Pew Research reported that 46% of adults in the U.S. were smart phone users, and it’s no surprise roughly the same number use social media.

Considering the rapid growth of smartphone and tablet ownership (a topic I discussed previously in this article), it follows that the public’s use of social networking and social media sites will also increase proportionately.

It’s No Longer A Question of Should, But How…

But the real question for martial arts school owners is not whether you should use social networking sites to market your school; rather, it’s how to use those sites in the best manner for lead generation. As with most new(er) technologies, if you’re unfamiliar with how things work it’s best to start with the basics and then build on that knowledge.

Strangely, in order to best leverage these sites for martial arts lead generation, we’ll NOT be using them for their intended purpose. That is to say, we won’t be talking about ourselves. I know, this is going to be a struggle for the majority of martial arts instructors reading this (yes, I read your Facebook posts), but hear me out.

The reason you don’t want to talk about yourself on social media is because no one wants to hear about you. Still reading? Okay, now that all the egomaniacs have left the room, let me clue you in on the great secret of all good marketing, including social media marketing:

People are ever and always mostly interested in talking about themselves and are only ever interested in what you can do for them.

How To Be An Expert At Social Media Marketing, Even If You’re Technologically Clueless

I have a really good friend, probably one of my oldest martial arts buddies, who does this brilliantly. Being of my generation, he’s really not technologically inclined at all; in fact, up until about two or three years ago he didn’t even have a website for his school  (yes Tom, I’m talking about you). I had to hound him to get one.

But, what my friend does do extremely well is he puts the focus on his students. In other words, he is a great coach and understands that people want to be recognized publicly for the things they strive to achieve privately. And because of this, he uses Facebook like a champ, because he is constantly talking about and praising his clients.

I hope this is starting to sink in, and I also hope that next week my Facebook news feed is going to be filled with posts from dozens of school owners singing the praises of your students. Here’s why…

Step Into My Time Machine And Discover A Little Marketing Psychology

Think about that time way back in the day when you won the Cub Scout Pine Derby, or when you starred in the high school musical, or when your instructor snapped a picture of you holding your first trophy, and it made it in the local paper.

Remember that? Now, tell me what you (or your mom) did with that picture.

That’s right! You (or dear old mom) clipped that bad boy out and showed it to everyone who came within spitting distance for months. I bet it even made it on your kitchen refrigerator door, so your parents could mention it to friends and relatives (and here’s one for all you youngsters – it probably even got laminated, which is how we fossilized things back in the day for safe-keeping; of course, now everything lives, “like, forever” on the internet).

Regardless, you and your family shared that experience with others. Now let’s fast-forward to today. How easy is it for people to share their personal triumphs and milestones online? Keystroke easy, that’s how. Which is why you want to spend most of your time on social networking sites creating and sharing accolades for your students and staff members.

Not only is public praise a foundational practice for successful coaching and management; it’s also the key to helping your studio go viral online. So, now you know the secret to leveraging social media for marketing your school. Next week in part 2 of this article, I’ll reveal how you can use technology to help you capture those leads (because what’s the point in generating a lead if you don’t capture it?)

As always, I welcome your feedback. If you need help with setting up your social media marketing machine, feel free to contact me.