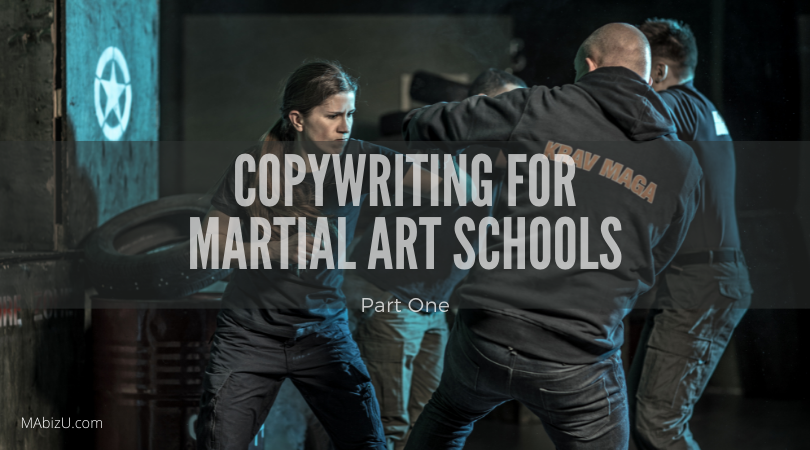 When creating martial arts ads for marketing your school, what’s the most important thing to include?

If you chose “copy”, you either paid attention to the headline of this article, or you’re one smart cookie. Ad copy is without a doubt the single most important component of any successful ad.

Ad copywriting has been a passion of mine for well over a decade. And in that time, I’ve learned that most business owners don’t have a clue as to how powerful good ad copywriting is…

Thankfully, you’re smarter than that – which is why you’re reading this blog. You already know you need effective advertising to grow your school. But, you probably also need a little help in determining what to focus on in your martial arts school ads.

Well, that’s exactly the topic I’m going to be tackling over the next few weeks on this blog. And today, I’m going to start with the basics; namely, what effective advertising is, as well as what goes into it.

The Power Of Effective Advertising

Advertising – that is, effective advertising – is an incredibly powerful force that can be can be used to bring customers to virtually any business. Now, whether or not you can keep those customers is a question that is beyond the scope of this article; nevertheless, the fact remains that good marketing and advertising is the first step to growing your business.

And as such, it can be used for good, or ill… as Don Draper so aptly demonstrates in this clip from AMC’s Mad Men. Here, he’s explaining to the good folks from Lucky Strike cigarettes how they can continue to sell their cancer sticks even in the face of increasing government advertising oversight:

And although this is a fictionalized account, we all know how this worked out in real life. Despite growing evidence of the dangers of smoking, tobacco companies were able to continue to sell their product and make staggering profits for decades.

Now, I’m definitely NOT saying you should use advertising to sell a product that you know is harmful. Instead, I only use this example to point out that effective advertising can sell anything… even a product known to cause cancer!

The bottom line is, if you’re a business owner you need to know something about writing good ad copy – at the very least so you can spot it when you see it and know how to hire a good ad writer to help you market your school.

So, let’s begin this discussion by examining the primary component of good advertising… copywriting!

Just What Is Copywriting? 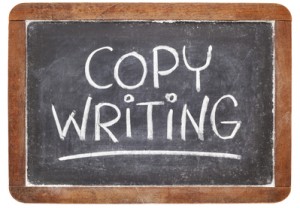 Copywriting is, quite simply, writing for advertising and marketing.

That’s a fairly straightforward answer, but I think the question deserves a bit more attention if we’re to understand the impact the right words can have in an ad or marketing piece.

In 1905, John E. Kennedy sent the following note to the head of the Lord & Thomas advertising agency:

As the story goes, the note would have probably been discarded if it hadn’t been intercepted by Albert Lasker, a junior partner at the firm. It turns out that Lasker had been seeking a concise answer to that very question for some seven years.

Now, you could say that it was just dumb luck that Lasker read Kennedy’s note, but I doubt that. I would hazard a guess to say that Kennedy knew something about Lasker, and that he probably even knew that Lasker would read the note. At any rate Lasker immediately invited Kennedy to his office, and this is the answer Kennedy gave him:

“Advertising is salesmanship in print.”

Breaking Down A Miniature Copywriting Masterpiece

But there’s so much more to this story than just a concise definition of advertising. In fact, I think that Kennedy’s note was more than just an invitation – I believe he specifically crafted it to display his copywriting chops.

Unsurprisingly (to me, anyway) Lasker hired Kennedy on the spot, and he went on to become the highest paid ad copywriter of his time. The reason? Lasker knew that Kennedy understood what made for great marketing copy – because he’d just witnessed it with his own eyes.

See, Kennedy used some of the most fundamental yet powerful principles in copywriting to get his audience with Lasker.

And that, my friends, is salesmanship in print. All done in 60 words, 220 characters, and one paragraph. Now, do you see the power of good ad copywriting?

Next week I’m going to reveal how good copywriting can help you grow your school, and the quickest way to get it working for you.

As always, I welcome your feedback. Feel free to post your questions or comments about martial arts ads and marketing in the comments below.