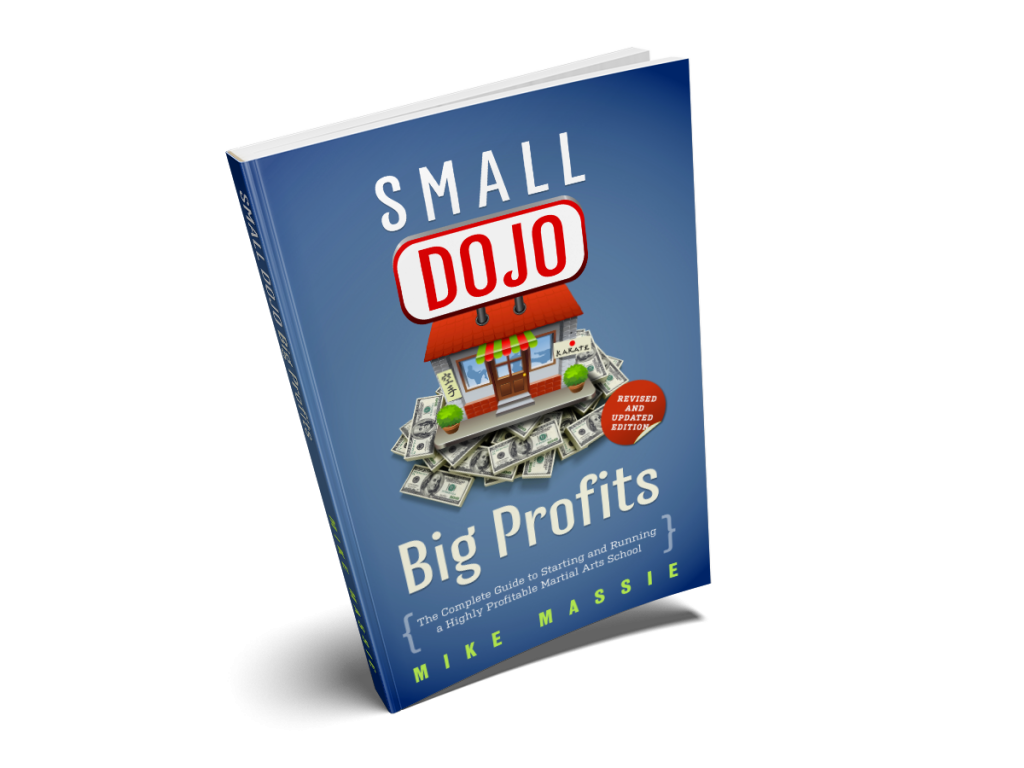 Ten Years… How Things Change, And How They’ve Stayed The Same

Since I’m almost finished with the completely updated and revised version of SDBP manual right now (note: it’s done already), I’ve been thinking about how much things have changed in our industry in the last decade.

As for me, well, a few things have changed. For example:

But then again, some things have stayed the same:

I’m No Nostradamus, But…

Now here’s the interesting thing about that last bit; currently, economic conditions have practically made it a mandate that you run a small lean studio… something I predicted would happen in my book more than a decade ago.

So, it’s no surprise to me that the very business model I described in my book over ten years ago has now become de rigueur for martial arts school owners who want to not just survive, but thrive in a tough economy.

Am I gloating? Maybe a little, but I think I’m entitled considering the initial derision I faced when I first released the Small Dojo Big Profits manual.

After all the character assassination (amusing), content pilfering (at times, infuriating), and flat-out dismissals of my ideas (asinine), it’s nice to see so many people benefiting from the information that I’ve worked so hard to share.

The More Things Change, The More They Stay The Same

What really amazes me though is that the same things I railed about in the original release of the manual are still occurring in our industry. It’s just that the manner in which they are being done has changed.

Bad advice is still being crammed down your throats. The only difference is that there’s no monopoly on information now, so just about anyone with an opinion and a keyboard is willing to tell you how to run your business.

Now, I’m definitely not one of those people who will try to convince you that listening to anyone but ME is going to result in the utter financial destruction of your school. However, I will say that you should be careful about who you take business advice from, because business advice is cheap; mistakes in business aren’t.

The Gatekeepers of Information Are No Longer Relevant

Speaking of which, it interests me a great deal that there are people in this industry who will make it a point to denigrate others in order to boost their own standing. This, of course, only makes them look small and petty.

However, it also points to another very substantial shift that has occurred with the growth of the internet. And that is, there aren’t any gatekeepers any more; or, rather, the gatekeepers of information are no longer relevant.

Instead, the problem you have now is information overload. You’re constantly bombarded with information from a multitude of sources. Industry association memberships and magazines. Email newsletters. Membership websites. Blogs. Forums. Facebook. Twitter. YouTube. And on and on…

The problem with being pummeled by all this information is, how do you sort through it? How do you make sense of it? How do you determine what the really important stuff is that will take your business from struggling to stable?

And, what should you focus on to take your business from just getting started to insanely successful?

Here’s the answer – if you want to run a small, highly profitable school, the Small Dojo Big Profits way, then the hard thinking has already been done for you (bookmark this page, because you’ll want to come back to it as you complete each step):

And that’s it. Boom, you’re done. You just got a two-year master’s course in martial arts business and marketing, all in the space of the few months it took to read and implement that information.

Not only that, but you got the information a step at a time, in a logical progression, with no information overload. And, for a fraction of what it costs to join one of those crazy-expensive membership thingys.

So, now you know what to do. Look for my announcement for the re-launch of the newly revised and updated edition of Small Dojo Big Profits early next week (note: it’s out already).

And finally, thanks for all your support over the last ten years. Honestly, I’ve had a blast providing you guys with an alternative to the mainstream’s way of doing things over the last decade, and I sincerely hope you’ve enjoyed reading my work as much as I’ve enjoyed creating it for you.

Success usually comes to those who are too busy to be looking for it.
— Henry David Thoreau