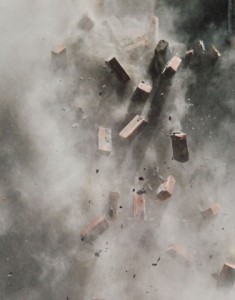 When the sky is falling…

The Sky Is Falling?

So, we keep hearing all this bad news on television, and it seems like every time the president holds a press conference the stock market takes a hit. I opened the New York Times last Saturday (something I rarely do), and I have to say I have never seen so much “bad news” in a newspaper in my life. (No wonder the newspapers are failing financially… who’d want to read that mess?)

Anyway, Sunday’s message at our church was on cynicism, and it got me thinking about how our perception has a lot to do with how we deal with adversity.

And that’s precisely what I want to share with you today – how perception and choice can make all the difference in how your school fares over the next two to three years.

Sure, lots of martial arts schools are seeing their students get laid off, transferred, etc. – this is a reality for us right now, and ignoring it won’t help. However, it’s nothing we haven’t seen before. In fact, this is very similar to what we dealt with in 2000 and 2001 when the dot com bubble burst and the bottom fell out of the tech sector.

During that time, my school lost about 1/3 of it’s members, but I didn’t let it affect my thinking to the point of panicking. Oh sure, I had a definite “oh crap” moment, but then I got on the stick and started cranking up our marketing, and also adding some additional revenue streams to the school. Before long, our income had stabilized, we had replaced the students we lost, and we were back at our previous monthly numbers.

Look, fear makes you do stupid things. There’s nothing wrong with cutting back when times are lean, but cutting back on marketing that has been bringing in students is just dumb. Yet, I know there are schools who are doing just that right now, because they are adopting a herd mentality and panicking with all the other sheeple.

Yes, that appears to be the case. Last week I received the latest newsletter that David Meyer and John Will put out, and they report the following:

“Schools that are overly reliant on kids may experience a wobble or two, if their parents have to find that extra $200 a month to meet their mortgage – but schools who are into BJJ and MMA are usually catering for adults; and in that demographic we see nothing but growth!”

Now, these are guys that deal with hundreds of school owners around the world. I’d say they have an ear to the ground regarding what’s actually going on in the industry… and, my own observations more or less parallel their assessment.

What Smart School Owners Are Doing 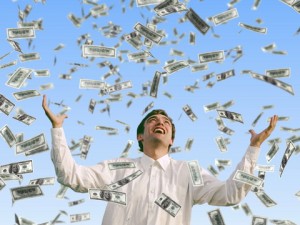 …be mindful of what you catch.

These are just two examples, but I know from the posts on our forums and the emails I am getting from the SAMAS members that they’re not the only ones experiencing moderate but steady growth in their schools right now.

After reading between the lines, here’s the pattern that I’m seeing in all the schools that are doing well:

Coming To Grips With Reality Is Just The First Step

Lets face it; lots of schools became complacent after things settled after the dot com bust and before the gas crunch and mortgage crisis. For a while, it looked like things would return to the days of plenty we had during the mid to late 90’s, but that’s not how things fell out.

So if you’re one of them, coming to grips with reality is only the first step. After that, it’s time to get into gear and deal with the situation in a very real and actionable way.

The bottom line is that you can’t change the economy, but it’s your choice how you’ll approach your business during these so-called lean times.

Will you starve by choice?

Or, will you find a way to not just survive, but maybe even to experience growth over the next few years?