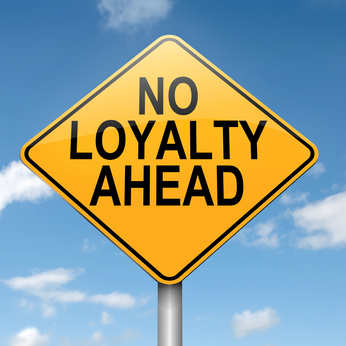 The Trouble With Steve

I met Steve in one of my kickboxing fitness classes. He was a middle-aged, balding, overweight ex-lineman who was determined to hang through an entire class. The first time he tried, I’m pretty sure he was close to stroking out. But, he stuck with it.

Before long, I struck up a friendship with Steve through using him as a guinea pig for my new personal training business. I’d recently been certified, and I needed a client or two that I could use as an example of the results my services offered. I started training Steve three times a week privately in addition to the workouts he attended at my studio, and he got results very quickly.

As our friendship grew, I realized that Steve was pretty much everything I wanted to become at the time. He was a successful entrepreneur, he lived in the nicest part of town, he drove a late model luxury car; heck, he even had an attractive live-in girlfriend who was at least 15 years his junior (my values were a bit skewed at that age – I was in my early twenties). Steve seemed to have it all, and as I got to know him better, I started relying on his advice more and more in my business.

How Steve Gained My Trust

At first, Steve’s advice was relatively insignificant, but useful. I would bounce ideas off him as we were working out, and Steve would provide me with feedback based on his years of entrepreneurial experience. I found his advice to be a fresh and welcome change from the stale and recycled advice I’d been getting from within the industry, and that increased my respect and admiration for the man.

Before long, I confided in Steve about my plans for my business. I had dreams of expanding my school and services (this was years before the Small Dojo Big Profits system was created), but at the time I was client-rich but cash-poor (because I wasn’t charging enough for my services).

After explaining what my plans were, Steve turned to me and pointedly asked, “How much do you need?” I replied with an amount that I thought was enough to allow me to initiate my plan, but not so much that I thought I couldn’t pay it back to a bank. Steve nodded and said, “I could loan you that.”

How Steve Nearly Stole My Business

And, thus it began. Soon, Steve was wining and dining me. He took me and my girlfriend at the time out on his boat, we began meeting for lunch and hanging out more and more, and Steve started “advising” me on a regular basis. From my perspective, Steve was taking me under his wing, and for a kid who mostly grew up without a dad around, I was honestly fairly prone to latching onto to older male role models.

Before long, I’d pretty much do anything Steve told me to do. And, surprise surprise – Steve started giving me bad advice… the type of advice that worked to his benefit.

Within a few weeks, Steve had gone from being a prospective angel investor, to becoming a prospective full partner in my business. The terms of our initial agreement for the loan went from his agreeing to give me a low-interest personal loan for the money I needed to expand, to him “investing” the same amount of money in the business, but for 51% of the ownership.

I’m sure you can see the problem with this. Unfortunately, it took some time before I could see it for myself.

Eventually, I started having my doubts about Steve (it was probably the 51% ownership thing that did it). So, I called up another friend and business mentor of mine, Frank. Frank was another entrepreneur I admired, a man of deep faith who had built a successful multi-school martial arts business in a large city. He was a high-ranking black belt, a family man, and someone whose advice I respected greatly.

I told Frank about the situation and what Steve was asking of me. Frank was very understanding, yet firm in his response. “Mike, for the amount of money he’s investing, you’re being taken advantage of – don’t do it.” I realized that Frank was right, hung up, and spent the rest of the evening considering how I was going to handle Steve.

We had a big “meeting” planned the next day. Steve was going to pick me up and drive me around to look at potential new locations. After we’d been driving around for a while, I screwed up my courage and spoke. “Steve, I just can’t give you half of my business. If you want to charge me a higher interest rate for the loan, I’ll understand. But, I just can’t give up ownership, any ownership, of my business. It’s all I have.”

Steve got quiet, then he started cursing and striking the steering wheel of his Caddy. I remember a lot of f-bombs, and I also remember thinking that Steve had never spoken to me like that previously. After about a minute-long tirade of expletives, he drove me back to my studio without saying a word.

Needless to say, I never heard from Steve after that. I tried calling a few times, but he never took my calls. He and his girlfriend quit coming to class, and that was that. I realized very quickly that I’d almost been had, but I was grateful that Frank’s advice had saved me from being cheated out of ownership of my business.

The next time I saw either of them was several years later when I ran into his girlfriend at a local gym. As it turns out, they’d invested in the gym and she was working the counter (interestingly, it went out of business shortly thereafter). I said hello, and mentioned that I wouldn’t mind getting in touch with Steve. She replied with a “yeah, whatever.”

I Should’ve Seen It Coming, Right?

In retrospect, I suppose I should have seen that coming. I mean, in hindsight it’s easy to see how this guy looped me in, apparently with the intention of getting half of a successful and rapidly growing business on the cheap. And, I have no doubt that he’d have forced me out later and replaced me with inexpensive and disposable staff members.

Now, the problem with the Steves of the world is apparent – they are sharks, and they are everywhere. I’ve communicated with a number of you who remind me of myself when I was starting out, and I’ve heard numerous stories from you about your own run-ins with the “Steves” of the world.

Unfortunately, these stories are by no means rare. And, that bothers the heck out of me.

The thing is, you have to choose the right mentors if you want to succeed quickly in business. That’s one of the first topics I address in Small Dojo Big Profits. However, I know for a lot of you it’s been difficult for you to find good business role models and mentors you can trust.

The Trouble With Hiring A Martial Arts Business Consultant

Some of you have done the logical thing, which is to hire a consultant. Now, I’m not going to be one of those people who tell you that everyone else in the industry is full of it, and that you should only hire me if you want to be a success. Far from it.

There are a lot of good consultants and business coaches in this industry. However, there are problems with hiring a martial arts consultant to advise you on your business. These problems typically fall in three categories:

I don’t think I need to remind you of the school owners who’ve paid thousands of dollars a month in “affiliate” fees to a consultant, only to have their “coach” embarrass them publicly with scandals, or simply not deliver on their promises at all.

You can search online and find numerous stories of school owners who got roped into paying thousands to attend martial arts business seminars, only to be subjected to one big pitch after another. So, these folks spent thousands on their tickets, probably a grand or two on travel and lodging, and then instead of getting valuable info they got pitched to spend more money.

Pitched by guys like Steve. So, they had to return home with empty pockets and little to show for it. And that’s a damned shame.

It’s Time To Stop The Steves In Their Tracks

Well, that sucks. I’m sick of it, and you should be too. It’s time to stop letting the Steve’s of the world take advantage of you. You deserve better than that, and that’s something you need to commit to in your business.

Here’s the deal –  I’ve launched MAbizU.com to help you avoid being taken advantage of by guys like Steve.

How? By learning solid business principles that are directly and specifically applicable to running a martial art school, so you can start, run, and grow a highly profitable school, the right way. Go check it out now and see what the program is about. I’m sure you’ll find it’s well worth the investment, just as our many current members will tell you.

Oh, and don’t forget to watch out for the Steves – because those guys are everywhere, and they will steal you blind.