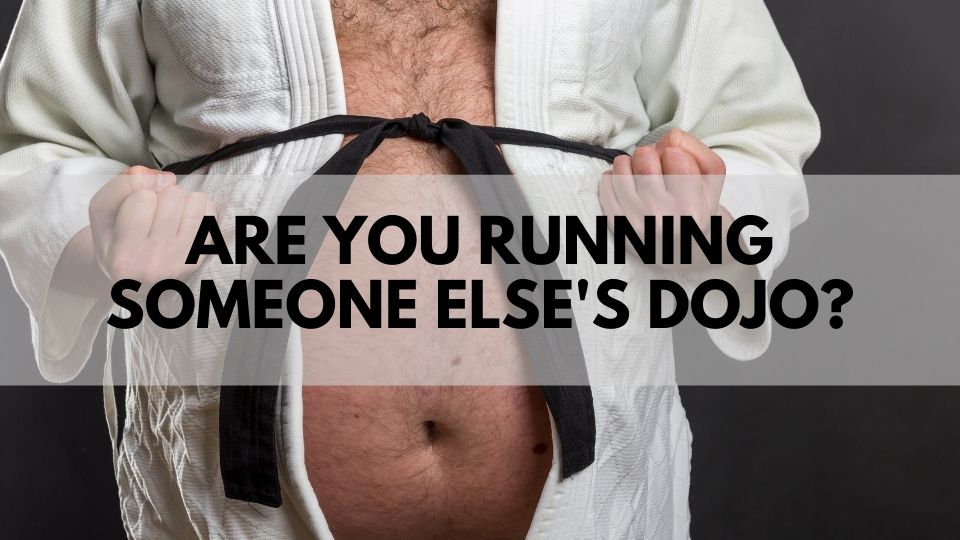 Back when I was running my first studio, I had heard about this martial arts business coach who was supposed to be the best thing since sliced bread. His claim to fame was growing a school to over 1,000 students in a very short period of time which is pretty impressive… at least at first blush (I’ll get back to that in a minute).

Now, I kept hearing from instructors that if you wanted to run a successful school, you needed to get with this guy’s company as a client. So, even though we were already doing well (I was following the Small Dojo Big Profits approach already, I just didn’t know it) I decided to sign up…

And then I started drinking the Kool-Aid.

Not All It Was Cracked Up To Be…

Fast forward to more than a year later. One day I wake up and realize that I’m running a school of the sort that I never meant to own.

I’m working harder than I ever intended to work, I’m using an approach to enrolling students that is less than ethical, and to top all that off I’m wearing a clown suit to work every day (you know what I’m talking about… I’m referring to those multi-color “competition” uniforms that are just butt-ugly).

Was I making more money? Sure.

But was I happy? Nope.

You see, I’d made a huge mistake, and one that’s quite often made by up and coming school owners. I’d mistaken financial success for personal success… and the two are quite often very, very different.

Ever heard this saying: “For what does it profit a man to gain the whole world and forfeit his soul?” Well, that’s how I felt. I was making more money, true – but to be honest what I was making before was pretty dang good too. The main difference was that I wasn’t happy with HOW I was currently making it.

And that was making me pretty darned miserable.

When It’s Time To Go Back To Basics

So, I ditched that consulting company, and went back to running things using all my old methods and systems. I went back to doing things my way, with integrity, and doing all the things that I once did to build a good reputation and a solid name in the community.

Suddenly, I was sleeping a lot better at night. My stress levels plummeted. And, I once more began to enjoy going to work every day.

Years later, I became friends with some of the instructors who were formerly on the board of directors of that consulting company. Funny thing was, they told me that the mega-consultant’s mega-sized school never really turned a decent profit.

Because it was too big. Too much overhead. The profit margins were too narrow.

Not All That Glitters Is Gold

So, why am I telling you all this?

Honestly, how many times have you read an article in an industry magazine or on a martial arts business website about how Master So-and-so has “X” number of students and grosses “X” dollars a month…

…only to look at Master So-and-so and his students and think, “Man, that guy’s a clown!”

And deep down you know that no matter how much money you could make, you’d NEVER run a school like that. Uh-uh. Not in a million years, and not for all the tea in China.

That’s why you should consider joining MA Biz U. The business systems I teach are based on honesty and integrity. Moreover, they’re universally applicable to any martial art style or system.

Whether you’re modern or traditional, whether you teach mixed martial arts or a single system, you can take what you learn from MAbizU and apply it to your business to grow your school.

And, I promise – you don’t ever have to wear a clown suit to the dojo. Ever.

Want to check it out for yourself? Here’s the link:

See you in the member’s area!