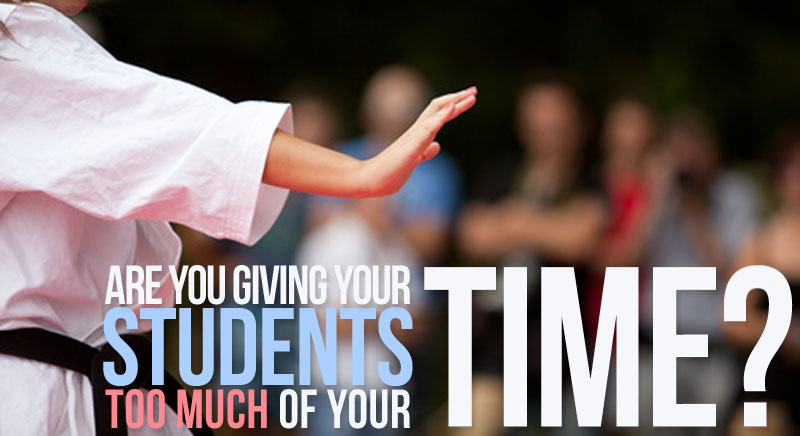 The Unintended Consequences Of Mixing Work And Play…

Every year around this time, my wife and I think back to the many summer vacations we spent working, rather than spending time away from our clients and studio like any sane person would choose to do. Well, let me rephrase that… we were away from the studio, but we were still working, albeit at AAU taekwondo nationals, wherever they might be held at this particular time of the year. 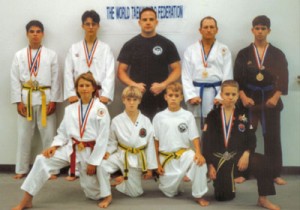 The first group we took to nationals. They did well, we had fun, and I was really proud of them.

For several competition seasons, I spent many weekends and most of my summer vacation coaching my students (and usually that also meant officiating at local and regional tournaments). Of course my wife always came along with me, which meant that she ended up “working” as well.

Not to say that it was all work and no play, because we have a lot of good memories of those trips. And of course, it was great seeing my students place at national championships each year. Besides, every so often (if we were really lucky) the AAU would have their national championships somewhere that we were actually interested in visiting (which made it almost feel like a real vacation).

However, the fact remained that my wife and I simply didn’t have much of a life outside of our studio during the months I was actively coaching. And even when it wasn’t competition season, we spent a lot of weekends doing special events and public appearances to promote the school. The net result was that we rarely had more than a day or so at a time away from our students and business.

How To Take Something You Do For Fun, And Ruin It In 3 Easy Steps

For any person who has experienced the joys and travails of coaching children, you know that it’s not the kids that stress you out – it’s the parents. And, the bigger the competition, the more likely that a parent will have a melt-down.

Parents tend to get stressed about the quality of their child’s experiences, especially when things don’t go well for their kid. And when they’ve spent a good deal of money to take their kids to a national competition, the pressure is even greater.

It’s understandable, but it can also make for an unpleasant time when you’re wrangling kids and placating upset parents all at once. And as much as I enjoyed coaching in the beginning, it eventually sucked all the fun out of going to tournaments with my students.

Why Learning To Say “No” Early On Is So Very Important

Before long, what I’d once looked forward to became something that I dreaded. I found myself hating those out-of-town trips to see my students compete. And, I started asking myself why I was spending my weekends and vacations working instead of relaxing on the beach or by the pool.

So after a few years of this, I finally decided that I was tired of spending my vacations working instead of relaxing. But the question remained… how would I be able to say “no” when tournament season rolled around again? Somehow, I needed to extricate myself from my coaching “duties” so I could reclaim my personal time away from the school and my students.

The plan I came up with was to start training my staff (the ones who had decided to compete) and the parents of children who wanted to go to nationals (those who had qualified at local competitions) to coach, so I could kick back and enjoy my vacation. I would still be there for moral support and in case the coaches needed my input, but I intended to stay in the bleachers at nationals so I could relax and simply enjoy watching my students compete.

Next year at nationals, I put “Operation Relaxation” into play. I had a “team” of roughly a half-dozen coaches to take my place that was comprised of my staff members and parent volunteers – plenty of people to coach everyone competing.

Unfortunately, it didn’t go so well. There were some bad calls made – not by my people, but by the officials. This happens all the time, and experienced coaches expect it and know how to deal with it, but the newer coaches were simply not equipped to handle it, by no fault of their own. As a registered coach, I could have easily straightened things out, but since I wasn’t registered as a coach for the event I had no way to intervene.

Even though no one made a big deal of it, I could tell that some people were really hacked. Personally, I felt bad for the kids who might have been on the receiving end of a bad call – and to be honest I also felt guilty for not being out on the floor. And while I was happy for my students (who did well in spite of a few bad calls), it all made for a very awkward situation.

As you can imagine, there was a lot of backlash regarding my decision to quit coaching entirely. Some parents pulled their kids out, while others expressed their disappointment in more… subtle ways. I honestly didn’t care. I was a lot less stressed, and the fact that I was actually able to spend an entire vacation without a single irate parent in sight… well, let’s just say that it made up for dealing with all the initial backlash.

And once I had a chance to step away from it all and get some perspective, I realized that I’d been working way too hard. Furthermore, I just wasn’t allowing myself any time to decompress.

Moreover, by giving myself the time and opportunity to blow off steam away from my business and clients, I found that I was much more effective in teaching my regular classes. This resulted in an increase in referral business and revenues, and also increased retention overall – an unexpected but welcome consequence.

The Dangers Of Excessive Stress

Stress is actually good for you… to an extent. But once it accumulates to the point where you become unable to cope, it can cause all sorts of physical issues. Long-term exposure to excessive levels of stress can throw your hormones out of whack, lower your resistance to illness and disease, throw off your sleep cycles, and generally make you feel miserable.

Moreover, when you allow yourself to become overwhelmed with stress and work, problems and conflicts that would normally seem insignificant get blown out of proportion. This ends up becoming a self-sustaining cycle that can lead to burnout and illness. Eventually, you become a raw bundle of nerves that no one can stand to be around… and that’s exactly where I was headed.

But the truth was, I only had myself to blame. In fact, I’d done all the hard work in setting myself up for trouble. By allowing my students to rely on me so much, by not delegating coaching responsibilities early on, and by giving my students so much of my personal time for so long, I had set unreasonable expectations for my own performance that I simply wasn’t willing to uphold over the long term.

Ironically, I had made that mistake before – but sadly I didn’t learn my lesson the first time around. In the earliest days of running my studio, I had plenty of time to make myself available to my clients in the daytime hours when I wasn’t teaching classes. But within a year or two, I simply wasn’t able to handle all the client interactions that I once did. So, I started delegating that to my employees.

Once I began limiting my availability to my clients, many of them began to feel alienated. They had come to expect that I would be accessible during the daytime to answer their questions and hear their concerns, and they simply did not like the fact that I didn’t have time to field their calls and visits all day long.

From my perspective I was still teaching good classes like I always had, so I couldn’t see what the big deal was. To my long-time clients, however, it appeared as though I no longer cared about them. And although my newer students were perfectly satisfied with the level and quality of service they were getting, I soon started to lose longtime students over this seemingly inconsequential issue.

The moral of the story? Here are a few takeaways that I’ve gleaned from these two experiences:

Trust me, by following these simple guidelines you’ll be a lot less stressed. And even if you ruffle a few feathers at first, you’ll be much happier in the long run when you learn to say “no” to your clients every now and again. By doing so, you’ll be taking care of number one, which will result in you being a much more effective and personable instructor to your students.

Balancing work and your personal life helps keep your job enjoyable. If you allow your clients to monopolize your schedule and take your personal time for granted, you’ll soon start to resent them – and that’s no way to maintain a healthy relationship with a client. Resolve now to maintain clear boundaries between your work hours and personal life, because in the end both you and your clients will be better served for your having done so.