I’m not really into Ayn Rand (although I agree with many of her views, and I sure enjoyed the heck out of playing BioShock), but I think that quote sums up the attitude that all successful entrepreneurs have. 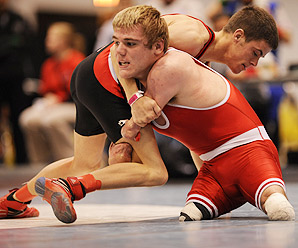 Business owners who are successful over the long term see risk as part and parcel of the game; there’s no such thing as “risk avoidance”, and only “risk reduction” exists in their vocabulary.

And yet I often hear from people who are starting businesses, and their mindset is so focused on fear of failure that I know they’re not cut out for owning a business.

Think about it… if you were training a fighter, and all they talked about and thought about was avoiding getting their tail kicked, would you start booking fights for them?

Of course not, because you know that fighters have to be focused on their ideal outcome, which is tearing the person across the ring apart.

I can remember fights where I got the snot knocked out of me by guys that my coach told me I should be able to beat. But, the problem wasn’t my skill level; it was my mindset. In each case, I had psyched myself out before the match had even begun.

A fighter has to be confident that they’re the one who is going to be doing all the damage; if they’re focused on “not getting hurt”, then they’ll become paralyzed by fear… and that’s a dangerous place to be in when you’re sharing the canvas with someone who is serious about hurting you.

“In battle, if you you make your opponent flinch, you have already won.”

Being in business requires a similar frame of mind. You have to set out accepting that it is not going to be easy. You have to appreciate the fact that the business environment is tough, and that you will experience setbacks.

Yet, when you also accept that those setbacks will only be temporary, and that each one brings you one step closer to your goal, you’ll be prepared emotionally and mentally when things go south…

And, you’ll bounce back from those situations much quicker than the person who starts pulling their hair and asking, “why me?” every time they experience a setback in their business.

“Why you?” A better question to ask would be, “why not you?” because it expresses the pragmatic sort of thinking that allows every successful entrepreneur to rise, time and again, to any given challenge.