How Dave Got Religion, A Cautionary Tale 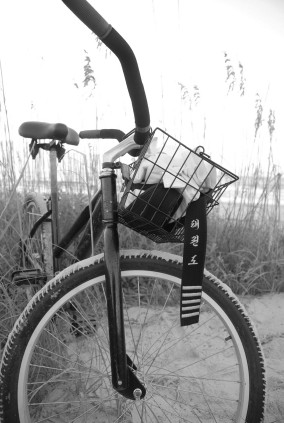 Dave finally stopped spinning his wheels chasing the big school dream – will you?

Several years back, I was hanging out with some other instructors at a friend’s school after a seminar that was being taught by my friend, Bob.

Since Dave had been talking for quite some time about how he wanted to expand his school, grow it big, get more space, and so on, the topic eventually rolled around to his recent “research excursion”.

You see, a few months before Dave had called up one of the Big School Guys you’ve seen on the cover of the industry magazines (we’ll refer to him as “BSG” from here on out), and asked if he could fly in to see how he ran his school.

The BSG, actually being a very nice guy, replied, “Sure, no sweat. Come on out and we’ll let you hang out and see how the operation runs.” Dave quickly booked his flight and hotel and waited eagerly for the day of his big field trip to arrive.

Fast-forward to our after-seminar conversation. “So,” someone asked Dave, “How did it go?”

Dave kind of looked at us with a poker face, and replied, “Well fine, I guess. The guy has a big and very successful school.” For some reason, we knew there was more to this, so we continued to poke and prod.

“C’mon, Dave, give us the low-down. Is BSG’s school everything we hear it is?”

“Oh yeah, that place was rockin’. Four classrooms, every one of them full, packed with kids from 3:00 pm to 8:00 pm every night, five hours straight. I was there for three days and I never saw a lull the whole time I was there.”

“Man, the BSG must be loaded,” someone said.

Dave just nodded, and kind of looked thoughtful for a second. “Yeah, he is at that. I never went to his house or anything, I just hung around the school the whole time. But you could tell, he was bringing down some serious money.”

The other instructors sat around in awe, their jaws hanging to their chests while dreams of Ferraris and McMansions danced through their heads. My friend Bob and I just looked at each other, sharing a smirk as we waited for the other shoe to drop.

And then it came. Dave looked at us, kind of shook his head and said, “You know, that school was the most impressive thing I’ve ever seen. Spotless, big, and everything top of the line. The whole place ran like clockwork, day in, day out.” Then he paused, and got a real pained look on his face. “But I’d never run a school like that in a million years.”

The room exploded. “What, are you crazy? Dave, c’mon, the money he must be making!”

“I know, I know… But you want to know something? I watched every class I could, the whole time I was there. Like I said, every class packed for hours on end, every single day. And let me tell you, those kids were having a ball. But not a single damn one of them could throw a decent front kick!”

Everybody sat in silence for a second, then we all simultaneously busted out laughing.

Fast-forward again to two years later. Dave cuts his square footage and overhead in half, increases his tuition, and continues to focus on teaching his programs the way he wants to teach them. His enrollment goes up roughly fifteen percent (isn’t that interesting?) and his profit margins nearly double. With the higher profit margins and increased enrollment he’s making a lot more money and yet he’s still happy and satisfied with his job.

I’d say Dave made the right choice, wouldn’t you?