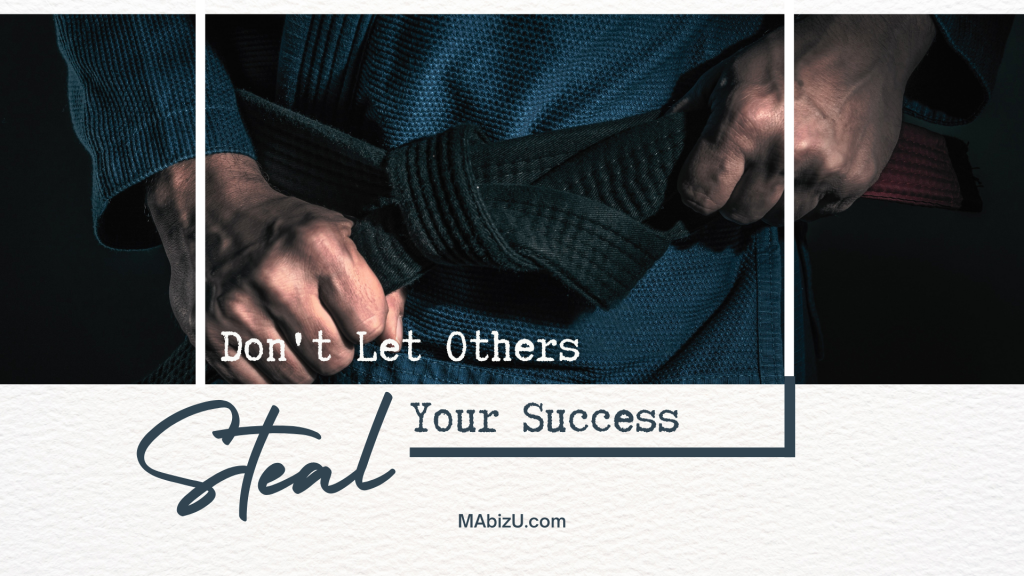 Want To Fail Fast? Make Every Decision Based On What Other People Think…

Recently in one of our groups, a member who is just getting started asked if she should start teaching three year olds.

Apparently, she is good at it and likes teaching that age group. And, there’s a demand for it in her area.

Here’s the thing… she was worried about what other people would think if she started teaching that age group. Of course, this created doubt in her mind regarding the best course of action for her to take in her business.

Thankfully, one of the members of the forum who has been in business for a few years stepped in and told her not to worry abut what other people think.

And I agree with what he said, completely. Running your business according to what other people think is the surest path to failure of any that I’ve seen in over two decades of teaching.

You may disagree with me in this particular instance, but bear with me… I am going to use it as an illustration of why you need to make business decisions based on your own judgment, and not on the opinions of others.

Getting Back To The “Teaching Three-Year-Olds” Dilemma…

Here’s the thing about this particular example – it just makes good sense from a business perspective for her to start this class.

For starters, she is just starting out. In this economy, and especially when you’re launching your school, you just can’t afford to turn away business.

Also, there’s a serious lack of competition in this niche. Think about it – no one wants that age group, and I mean no one.

And the best part is that it’s a hot market if you can handle it and you enjoy doing it.

Personally, I tried running a three and four year old class, and I hated it. But, that’s because I wasn’t good at it. I had plenty of interest though, and if I happened to be good with three-year-olds, I’d have stuck with it.

Would some instructors look down on me for it? Sure, but they aren’t paying my bills.

And, I’ll tell anyone – although I suck at working with three year olds, I greatly enjoy teaching the slightly older 4-6 year old group. In fact, they’re my favorite age group to teach.

So what if other instructors think I’m doing a romper room routine when I run that class? I could care less. I am doing something I love, providing enjoyment for those kids and their parents, and making a living doing it.

Let me tell you – there is NOTHING wrong with that.

Besides, It’s All Relative

You know… where the “real” martial arts instruction takes place.

It’s all relative… so who said you have to meet someone else’s standard of what a “real” martial arts class is in your school?

Don’t get caught up in that – it’s the quickest way to worry yourself out of business.

Who Makes The Rules On What A “Real” Martial Art School Is, Anyway?

Ten years ago, you’d have never seen a BJJ or MMA school with a kids program.

Now, every serious full-time BJJ or MMA school has some sort of kids program. Why do you think that is?

Obviously, it’s because we all deal in the same reality when it comes to running a business. What goes up must come down. The sun comes up in the east and sets in the west. Hot in summer and cold in winter. Businesses operate on cash. It’s just common sense.

Personally, if I want to learn combat sports or self defense, I am going to find the most qualified person around to train with. Then, I am going to try a few classes to see if I like that person… if I “click” with them, in other words.

If they are a world champion jiu jitsu player and a good instructor, what the heck do I care if they run a three and four year old class or an after-school pick-up program in the afternoons to make ends meet? How is that any different from them working a part-time job outside of the school to help pay their bills?

Personally (and professionally as well) I think it makes more sense for them to be making that extra income in their school rather than by working a part-time gig.

Why? Because that means their focus isn’t split – and that is going to make the school better because they are going to be able to be 100% committed to running that school.

So Before You Pass Judgment—Check Yourself

So, before you go passing judgment on a martial art school owner for teaching a program that you wouldn’t touch – let me give you some advice… check yourself and remember that you aren’t paying their bills.

Besides, someday you may be in their shoes… and you’d be surprised at how your opinions change when you have to make the rent on a full-time martial art school every month.