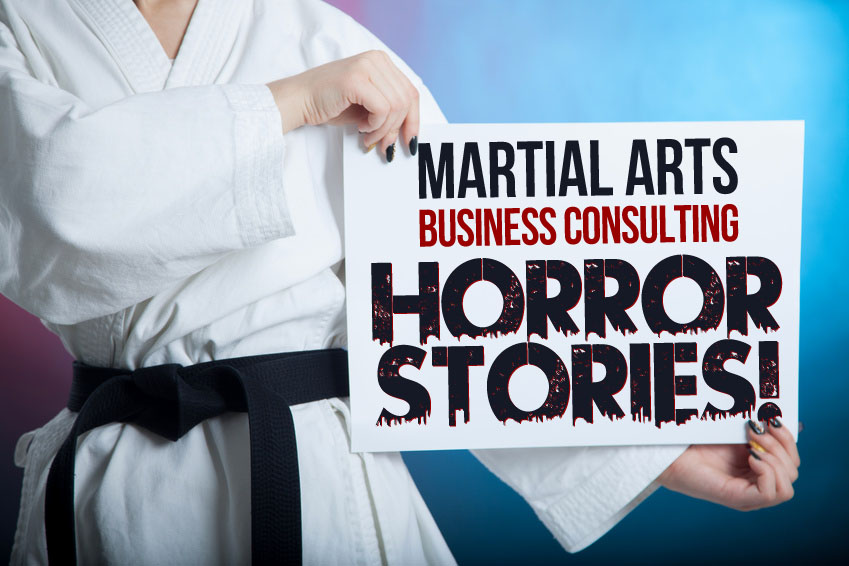 Over the years, I’ve collected several stories about the crazy things that martial arts business consultants have done. Some of these stories come from my own experiences, while others came from clients who had unpleasant interactions with other martial arts consultants…

But out of all the crazy stories I’ve been told (or been a part of) these four stand out among all the rest. And while they aren’t the wildest stories I’ve heard (sad to say, but death threats and felonies are hard to beat), they’re certainly entertaining and enlightening. Enjoy. 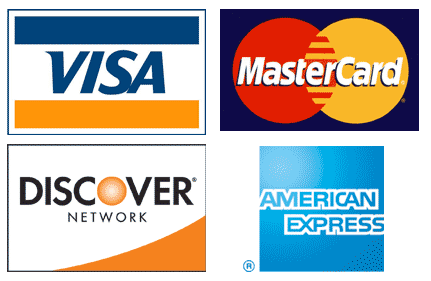 A few years back I was running a private coaching forum (technology has improved quite a bit since then) and I had a member by the name of Shawn (not his real name).

Now, Shawn was a young and ambitious instructor, trying to get his school off the ground…

The only problem was, he’d hit a few bumps on the road to success – not the least of which involved getting some really crappy business advice. Shawn had hired a martial arts business consultant to guide him through the process of starting a martial art school. Unfortunately, this guy was just not a good business coach.

“I told him I didn’t have a lot of money to finance my school,” Shawn confided in me over coffee before a seminar I was hosting. “Then, guess what he told me to do?”

I sat up and leaned in with a grin on my face. This was going to be good.

“He told me to charge it all on credit cards. Credit cards! How stupid is that?”

I just chuckled, because I had known what he was going to say. Still, I wanted to know how he’d reacted. “So what did you do then?”

Shawn got a sour look on his face. “Well, I didn’t say anything about it. I just finished the call and hung up. Then I realized I’d wasted $500 for nothing!” 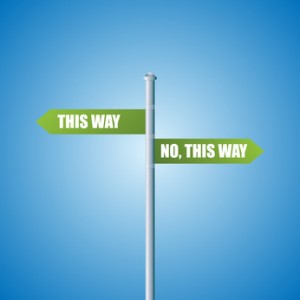 Years ago I spent a great deal of time and money attending martial arts business seminars and conventions (by the way, the most valuable thing about attending those sorts of events is not the presentations – it’s networking with the other instructors and school owners.).

And, while those events were often a lot of fun, one event in particular ended up creating a management nightmare for my wife and I.

Why? Because I spent a lot of money to take my staff along, only to have the seminar presenters confuse the heck out of them with conflicting information.

This event in particular was run by a single consulting company, and all the presenters were either on their board of directors or longtime clients. So, you’d think they’d all be on the same page, right?

Not so much. The first day, I knew I was in trouble when I got my staff together for a “debrief” after everyone had attended their assigned classes. The idea was that everyone would share their notes and discuss what they’d learned at the end of the day, so all could benefit.

About five minutes in, the problems started when an office staff member shared what she’d picked up in the presentation she’d attended. “We need a suggestion box,” she said. “The presenter said it’s one of the best ways to find out what your clients want.”

My wife and I looked at each other, and shook our heads. “No, the presenter for the class we were just in said to never, under any circumstances, have a suggestion box in your studio. He said it makes the clients feel like they’re running things.”

This went on for a while and almost ended up becoming an argument until I put the kibosh on it. And, that was just one of many conflicting ideas that were brought back from that weekend seminar. I spent a few weeks afterwards straightening everyone out.

Moreover, my staff members were taught a lot of things that weekend that directly conflicted with how I wanted my school to run. Needless to say, I never took my staff to a martial arts business convention again.

“I Don’t Really Actually Do That…” 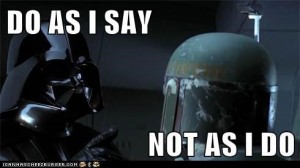 On another occasion I spent several days shadowing a well-known martial art school owner (you’d know him if I told you who he was – he’s pretty high-profile these days).

I’d paid him in order to learn how he ran his schools, and he was kind enough to let me tag along with him for several days while he traveled from school to school managing his operations.

Now, this guy was super nice, and a lot of fun to hang out with as well. And, I did learn a lot that weekend, and I took back some killer ideas. Unfortunately, however, I also learned that a lot of martial arts consultants don’t practice what they preach. Case in point…

One day we were sitting in the reception area at his main school, and the discussion turned to keeping stats. This guy could rattle off financial numbers like nobody’s business. He knew his gross, net, contract amount, cash outs – you name it, when it came to money he was on top of it.

Then, looking around at the reception area, I noticed there wasn’t a check-in scanner, nor could I see any attendance cards. So, I asked him how he was tracking attendance. Was he using a class attendance sheet, and then entering his numbers into his database at the end of the night, or was it all kept on hard copy?

The consultant looked at me and gave a sheepish grin. “I don’t actually track student attendance.”

My jaw hit the floor. Basically, what this guy was saying was that he didn’t give a rat’s behind who showed up for class, just so long as they paid. I was dumbfounded – how could you run a multi-school organization with hundreds of students, and not care if your students were actually coming to class?

“Your Town Is Weird…” 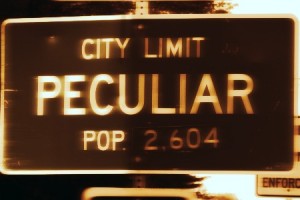 A few years back I was coaching another client, Dan (again, names have been changed to protect the innocent). Dan had a school in a small Midwestern town, and he’d hired another martial arts business consultant to come in for a few days and help him with his marketing.

Eager to hear the story, I asked him what had transpired.

“Well Mike, he rode around with me for a few days, and tried a few things to get me more students. But at the end of three days, he told me he couldn’t help me because my town was weird.”

“Yeah, he said he’d never seen anything like it, and wished me good luck.”

Just between you and me, Dan’s town wasn’t weird – his business consultant was incompetent. And when Dan told me that, for once I was speechless. A weekend of one-on-one coaching, and zero results. None. Zip. Nada.

Just Because You Can, Doesn’t Mean You Can… 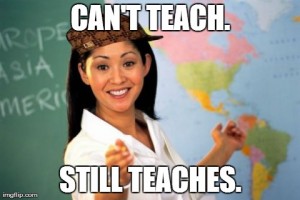 That’s because the internet makes it easy to hang out your shingle and say, “I’m a consultant.”

Same thing goes with consultants. There’s little to no barrier to entry, and it seems like every other person who has ever run a school thinks they can do it.

If You Can’t Duplicate It, It Isn’t A Business System

Well, here’s the problem with that…

You see, anyone can go out and read a few books, attend a few seminars, and then parrot back what they read and heard to others. Heck, I could train a monkey to do that.

But, few and far between are the people who have developed systems that can be universally applied by others to duplicate what they themselves have done. And fewer still are the people who can take you step-by-step through what they did to achieve success, explaining exactly why they did it and how you can do it, too.

Systems combined with in-depth understanding based on years of experience, both in the trenches and coaching others – that’s what makes a good business coach.

How I Fell Backwards Into Providing Business Coaching 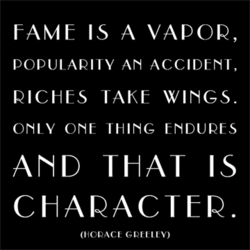 The truth is, I never set out to be a martial arts business coach. But, I wrote a book because I knew I had developed a better way, and I wanted to share it with others. Then, people started coming back to me after they’d read the book with more questions. So, I started answering those questions, and here I am today.

But the thing is, I wouldn’t be here today if what I teach didn’t work. I’m not a big star. I don’t have a multi-million dollar company backing me. I don’t spend a lot on advertising.

The only real advertising I get is word-of-mouth. That’s probably how you heard about me, from a friend or another school owner. And that’s because what I teach is a solid, low-risk approach to starting and running a profitable martial art school. 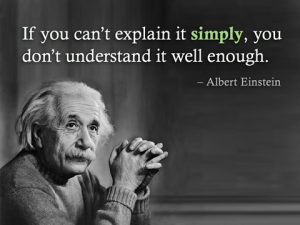 If you’re looking for a fast way to learn a systematic approach to starting and running a martial art school – and one that won’t break the bank – I suggest that you check out the new, re-vamped version of my martial arts business coaching website.

It’s called “Martial Arts Business U” for a reason, because in setting it up I created a resource to provide school owners with a comprehensive, systematic approach for learning how to run a profitable martial art school.

I won’t bore you with a long spiel about what makes it so great… instead, here are some quotes from folks who’ve already enrolled:

“Thanks Michael for your help! Seriously I have invested a ton a money years back with continued education from other martial arts marketing ‘gurus’ and it was just a mess of ideas but no clear plan of action or system involved. Your info is well put together and the FB page is a goldmine in itself. Thanks again…”

“This is an AMAZING resource. Really an outstanding value for the money. I was waffling back and forth and I am really glad I signed up. Thank you for making this available.”

“Hi Mike, I registered for MABizU on Monday. Besides requesting permission for the Facebook group I wanted to tell you that MABizU is really great and exactly what I needed. Having read SDBP, your Marketing Book, your Sales Book and everything you published via Amazon I’m following your advice quite for a while. But I feel that this simple, step by step guide is exactly what I needed! Thank you for that.”

Interested? Here’s the link to find out more and enroll:

And even if you’re not at all interested in the martial arts biz coaching site, take my advice and make sure the people you’re taking advice from know what they’re talking about…

There are a few very good business consultants in our industry, a handful of mediocre ones, and tons of people who have no idea what they’re doing. Be cautious, ask questions, and do whatever is necessary to avoid ending up on the wrong end of someone else’s experiment in exploring their career options.